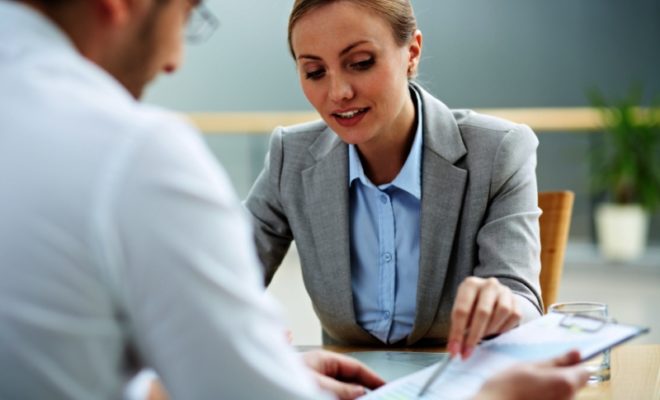 Maybe you’ve been in the same position for several years now. While you’re happy with your job, the compensation just isn’t cutting it as well as it did when you started. Or maybe you’ve done some research and discovered that what you’re being paid is well under the average for other people in your same line of work. Perhaps you’re beginning to feel unchallenged by your responsibilities and think that moving up in the company should be the next step for you. No matter the case, if you’re thinking of asking for a raise or promotion, you’re going to first need a solid plan.

Asking for more money or greater responsibility from your boss is a delicate situation. Not just for reasons of budget, but also because it’ll mean that the company has a larger stake in you. Thus, the key to winning a raise or a promotion is knowing how to present yourself. Know what things to say in order to convince your boss that the company’s best interests and yours are one and the same. Beyond not getting you the compensation you feel you deserve, a botched proposal can easily damage your relationship with your supervisor. In this session, we’ll cover important points that you should keep in mind in order to successfully negotiate a raise or promotion for yourself.

Asking For a Raise

Be careful about the attitude you project when asking for a raise. It’s important to be confident, but you mustn’t give the impression that you feel entitled to increased compensation without also demonstrating why you deserve it. Keep in mind the fact that people tend to remember their own successes with much greater clarity than they can recall the track record of others. As such, you’re bound to remember many more reasons why you’re due for a raise than your boss. Unless you communicate your reasons for a raise, it’s likely that your enthusiasm will be interpreted as arrogance, which can quickly sour your chances of success.

While your need for a raise may be quite great, you’re also going to need to convince your employer that it’s in their best interest to give you more money. The unspoken implication is that you’ll perform better if you’re happier. You’ll be happier with a higher salary, but it’s probably not a good idea to just come out and say it bluntly. Your boss already knows that happy employees are productive ones, but they probably can’t afford to give raises to everybody. As such, you should assemble a portfolio of your past accomplishments and show it to your boss during your proposal. Having a concrete record of all your achievements can make a very convincing case for keeping you on board and giving you the raise you desire.

Be persistent in asking for your raise.

Just because you’re told “no” once doesn’t mean that it’s totally out of the question. If you’re refused, be sure and ask why, but ask in a manner that suggests you’d like to learn to improve, rather than sounding like you’re preparing for an argument.

It could be that your company isn’t currently giving raises to anybody due to budgetary concerns, or some other reason that has nothing to do with you personally. If this is the case and you know about it, you’ll be better able to predict the best time to ask again.

Ultimately, there will be sometimes when the money simply isn’t there to give you a raise, even if your boss fully agrees that you deserve one. In these instances, it might be in your best interest to temporarily give up the idea, and expand your perception of benefits by accepting an alternate form of compensation. This might come in the form of a one-time bonus or some extra vacation time. It also carries the added benefit of your being able to bring it up the next time. If you do ask for a raise again in the future, it will be evident that you have done merit-worthy work in the past.

Asking For a Promotion

Before you ask for a promotion, make certain that you actually want it. Be aware of the responsibilities of the new position and assess yourself honestly. Do you have the skills necessary to meet the new demands? If not, do you have the determination to acquire them? Do you have sufficient interest in the work involved with the new position to maintain your enthusiasm after the initial appeal of a higher salary has worn off? Being promoted can be an excellent opportunity which not only enhances your standard of living but demonstrates your value to the company. With promotions, you can prepare for even more upward movement in the future. Just make certain you’re ready for it!

Make it known that you’re seeking a promotion.

There is absolutely nothing wrong with being upfront about your desire to move up in the company. If anything, it will grant you the opportunity to ask your boss pertinent questions. Ask what exactly they’re looking for in the position you’re seeking. Talking to your boss can also help to ensure that your name stands out in their mind. This means that your name will be more likely to occur to them when the position becomes open.

Start doing as many of the job responsibilities of the new position as you can, right now, before the promotion. Granted, you won’t be able to make managerial decisions if you’re not a member of management. Still, by working closely with your supervisors, you can volunteer for projects that allow you to practice the skills you’ll be needing once you’re promoted. After all, there’s nothing better than to simply show that you can do the job you’re asking for.

Be prepared to demonstrate your value in concrete ways. Assemble a portfolio that documents ways in which you’ve performed well in the past.

Show that you have done well in situations similar to the ones you’d be encountering in the new position. Nothing speaks like results, and if you have a track record of good results on your side, you’ll have a definitive edge over the competition.

Budgets seem to be tightening all around. As a result, an increasing number of companies are choosing to alter their benefits packages instead of raising salaries. Due to this, asking for a raise or promotion can be one of the trickiest business negotiations you’ll ever engage in. It’s hard to rationally plan ahead and calmly respond to obstacles that might appear before you. However, if you truly feel you deserve a raise or promotion, nothing should stop you from going after it. Remember to keep these tips in mind, and act with tact and finesse. Good luck!