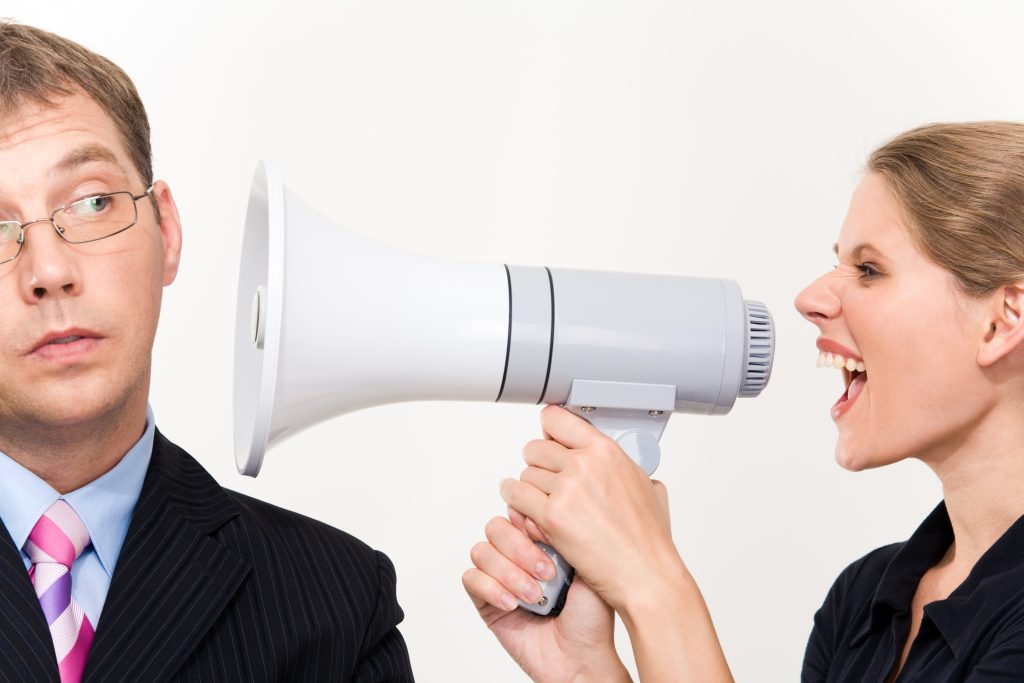 My Boss is a Nightmare… What Do I Do?

Having a difficult boss can turn even the simplest job into a nightmare. Whether a boss likes to yell at the top of his or her lungs or only makes a yearly appearance in the flesh, preferring to communicate through vague emails that â€œlet you figure it out for yourself, dealing with a difficult boss means that in addition to the inherent stress of your job, you must also now deal with the emotional stress of anticipating and reacting to unwarranted behavior on behalf of the individual who is supposed to be leading you.

Whatever the case, a problematic boss can turn a once-enjoyable, inspiring job into one that you’re desperate to escape in no time at all. Relax! The difficult boss isn’t a new phenomenon. Over the years many have dealt with the same issues you’re going through. Before you start sending out stacks of your new resume, read through this article. For a new understanding of how to approach and in some cases even repair the difficult behavior exhibited by your boss.

A “difficult boss” isn’t one who is typically calm, good-natured, and competent at managing their team. Someone that has a short period of temperamental outbursts or frosty isolation. That description refers to a normal boss. It’s important to retain realistic standards of your supervisors and view them as human just like yourself. Just as you would have difficulty dealing with the stress of a mass of people depending on you to perform perfectly day after day. So too does even the most seasoned manager.

That said if your boss or manager frequently exhibits repellent behavior that interferes with your team’s ability to perform their jobs. t probably has little to do with mood or transient stress. There are several prominent behavioral patterns that usually manifest in bosses that can make working under them difficult. Identify which of the following is most close to your own situation, and then try adopting the advice given to see if your own situation at work improves:

If you can’t predict from one day to the next what your boss’ reaction to a particular situation might be. Then he or she probably fits the chaotic behavior pattern best. This type of supervisor might one day treat a challenging deadline with contempt and dread. Pulling out his or her hair out and lashing out in anger at the entire team. Only to return the next day viewing the deadline as a unique opportunity to show off the team’s skill. This apparently random behavior can make it difficult for an employee to feel comfortable approaching the boss when a problem arises. It very often creates a work environment of fear and confusion, adverse to getting anything done.

With this type of boss, it’s important to remember that the behavior that we see as random makes sense to them. They deal with stress internally. Making it so we can’t see or comprehend the transitions from one emotional state to the next. In most situations, no ill will is intended on the part of the boss. By approaching him or her with questions that subtly indicate the contradictory, divisive way that their employees see them can make a world of difference. Contrary to popular advice, the worst thing you can do with this type of boss is to shut them out or avoid them when they lapse into behavioral cycles that make you uncomfortable as doing so will only support their habits.

The hyper-aggressive boss is one who commands authority by fear. Often lashing out at employees with a particularly elaborate show. This may involve all the classic symptoms of the archetypal angry boss: red face, dripping sweat, pointing fingers, and screaming at the top of his or her lungs. Working with such a boss can be nearly impossible. At best, it causes an atmosphere of trepidation and walking on eggshells! At worst, it can lead to an attitude of cutthroat ambition among once amicable team members. As they each become desperate to avoid being the target of the next tirade.

The good news with this kind of boss is that this behavior pattern has been studied since ancient times. There are two approaches that might work well for you. The first is simply to be aggressive back. This doesn’t mean that you should yell in your boss’ face as he or she is doing to you. It just means that you should defend your ground (when you’re certain you’re in the right, that is). Many times a boss will be shocked into awareness of his or her own behavior by this tactic. It can prove very effective for quickly calming them down. Be careful, though, as it can just as easily intensify their aggression.

A second option is to recognize the source of this anger. If your boss often seems guilty and tries to overcompensate by being nice after an aggressive episode. Then it might be the case that he or she has a temper problem that they’re aware of and not particularly happy with. In such a case, let them know that you understand their intentions. But that their anger makes it less likely you’ll do a good job, not more.

If your boss interacts with you just as much away from work as he or she does when you’re in the office. You might suffer from having a workaholic boss. The boss leading an imbalanced lifestyle will find it difficult to separate their personal and work lives. They think little of calling you at home or on the weekends to discuss business. Does this sound like your boss? Take steps to reassure him or her that while you’re on the job they have your utmost dedication and attention. Once you leave for the day, you have to limit your availability in order to attend to your personal responsibilities. If your boss balks at this notion, show him or her that you’re capable of completing your assignments during business hours. That the extra hounding is a waste of time on their part.

If the situation arises that you need to complete a project the next morning instead of staying late one evening and this doesn’t seem to be going over well, confront the boss. Ask which assignments CAN be delegated to “the next day?” This is, after all, their responsibility. Above all, though, be careful not to engender the appearance of lethargy. Remember to stress your work ethic and dedication… during company time.

The over-accommodating boss is the one who wants to be everybody’s friend all of the time. While the free lunches and other perks that typically accompany this behavior can be nice. The over-accommodating boss will all too often fail to establish any kind of authority at all. Resulting in a broken chain of command that ends with no orders being issued and no work getting done. The worst thing you can do in such a scenario, of course, is nothing. Therefore, make up for your boss’ insufficiency by backing him or her up during the rare instances in which he or she does assert authority. Also by subtly forcing decisions upon him or her. Such as through a statement like “Unless you have any better ideas, here’s what I’m going to do today.” With any luck, the boss will grow more comfortable in the role of his or her authority.

As time passes and they realize that they can do so without alienating themselves from their employees. Keep in mind that the reason bosses are usually called ‘difficult’. Is because they are removing the critical sense of ‘calm’ from a workplace. As such, don’t respond to their behavior in a way that perpetuates this atmosphere of stress. It’s guaranteed that if you remain calm in the face of their irrational behavior. You can work out a solution that helps the situation and benefits everyone involved.