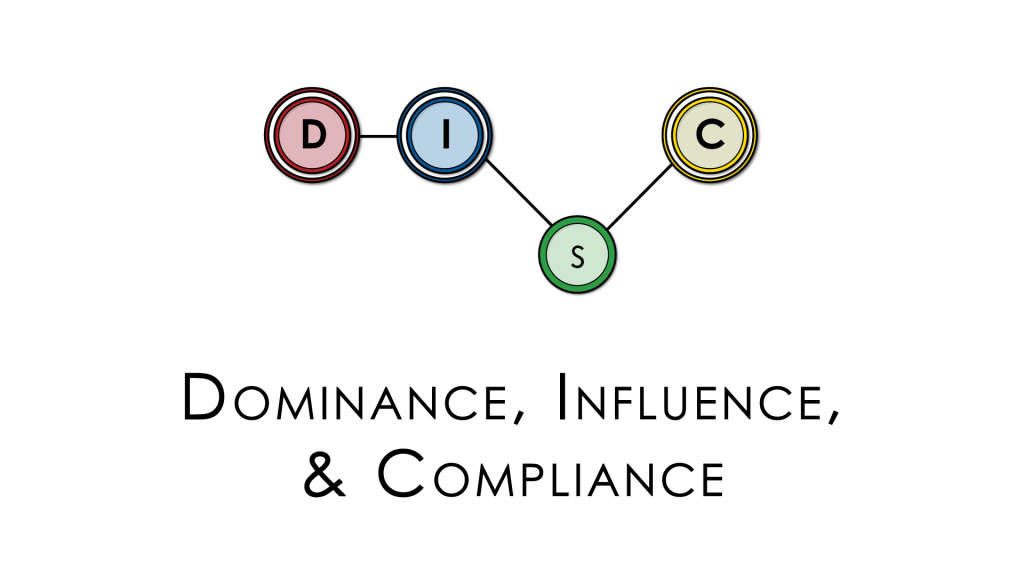 People that have a high sense of urgency, understand time constraints and how to deal with them, are usually Elevated D, I, & C’s. Their speed of response and impatient style make them efficient and willing to do anything to meet the deadlines put on their work. Due to their comparatively lower Steadiness factor, people with this pattern are more likely to be impatient and ambitious. They will also tend to act quickly and sometimes not think things through from beginning to end prior to making announcements.

Mark Zuckerberg, the creator, and founder of Facebook is an example of how someone can use the elevated DIC pattern successfully to build a company but still have the problems associated with leaders with this pattern.

Mark Zuckerberg first created a website called Facemash while he was attending college at Harvard. When the site had to be shut down after a few days because its popularity overloaded the Harvard servers, students began requesting that Harvard create a similar site. When Harvard did not act, Zuckerberg did – and he did so extremely quickly. He launched Facebook out of his Harvard dormitory room and it first began with the notion of linking only people at that one university. Soon, with help from his roommate, it spread virally to other colleges, across the country, and now, has tens of millions of users across the world. Facebook has grown primarily organically tacking into the wind when changes are made to the site.

In fact, many people complain that Facebook lacks foresight and planning when it launches changes – even major ones!

This is the type of behavior is typical in teams where the leaders have this pattern. Facebook has made it no secret that it would like to go public, and one of the things that it lacks is the discipline of thoughtfulness in is strategic direction and planning. In this regard, many analysts think that Zuckerberg needs to learn if he wants to take his company public that investors do not like turmoil. The revolving door of executives at Facebook make investors uneasy, and reluctant to invest in the company. An example of what hurts Facebook occurred in early 2009 with the launch of Facebook’s Terms of Service. Because the Terms of Service were not well thought through, they created a storm of controversy.

They were quickly forced to do damage control at an ordinate level and had to cut its Terms of Service from 15 pages to 5 pages.

Plus, by explaining its actions Facebook admitted that it made some serious mistakes. This looked bad to investors and users. The issue was that users alleged that Facebook’s new Terms claimed ownership over their photos, videos and other content posted to the site. This was shocking to most people who used Facebook, In the face of indignation from users, Facebook quickly backtracked and said again today that “users, not Facebook, own the content on the site”.

No slight intended at the young CEO, but I think this is where his youth comes as a major negative plus the fact that he was exhibiting the tendencies of an Elevated DI& C pattern – a dominant predisposition to influence the rules combined with a severe lack of thoughtfulness created a firestorm of outrage. Knowing what we now know about this profile we can determine that individuals like this sometimes make announcements and judgments more based out of emotion and dominance rather than thinking them through first.

Elevated D, I, & C’s have a good sense of self-control thanks to their Elevated Compliance factor.

They understand rules and regulations, but also have the drive to go around them and the influencing ability to talk through them and get them changed if necessary. The elevated compliance factor makes this personality type far less impulsive than other extrovert types and therefore far more predictable. This is an important distinction. Individuals with this pattern inherently have empathy and a deeper understanding of causal effects, the complexities of paradoxes, and the dynamics of relationships between people. Even if they do not know the model, they naturally understand the perceptual prisms models and how it works.

For example, they know that the organization has requirements that must be fulfilled, employees must be satisfied, customers must perceive value, and the individual’s own needs should be met on some level for everyone to be happy. These Elevated D, I, & C’s possess great social abilities in informal settings, having an open and enthusiastic approach, which provides them with a friendly and animated style. Their Elevated Compliance can, however, get in the way during formal settings though. Elevated D, I, & C’s will be more direct and determined during formal or closely regulated settings and will show less of the sociable, outgoing side than during casual circumstances.

Elevated DIC Patterns are Motivated by:

Although Elevated D, I, & C’s understand the needs of an organization, these individuals need to know that they can achieve personal success from their ambitions and they will not continue to work somewhere where they know they cannot advance. Acceptance from others is also very important to these individuals because the Elevated Compliance factor needs acceptance to fuel their sense of doing right and being relevant. Certainty is also a motivating factor for this personality type because they need to know their expectations and understand that they can achieve them.

If your scores indicate that you have this pattern I suggest that you review the “Analyze Options” stage of the Decision-making Course. In particular, take note of the segments on dealing with uncertainty and probabilities.

When Mark Zuckerberg created websites, he quickly realized which ones would not work and what aspects of each were successful. He then quickly regrouped to put the best of each website into one. Zuckerberg also refused to sell Facebook to major corporations, insisting that it wasn’t about the money. As he builds up the user base he wanted an open flow of information and realized that in the early days of establishing Facebook that is owned by a major conglomerate would curtail this objective.

The Elevated Compliance factor in the Elevated D, I, & C’s pattern means that these individuals are likely to be too self-controlled in formal situations, to the point where they will not be as charming and enthusiastic as they would be in an informal situation. Depending on where their Compliance factor is, they may not be willing to take risks necessary to further their career, or they may wait too long and let the window of opportunity close. The dominance and influence factors can cancel this out but beware that the compliance factor may cause you to spend too much time in the analysis stage. It is best to be aware of this and monitor its potential effects. Elevated D, I, & C’s individuals can be impatient and often need to have their projects are done right quickly, which causes stress on them and those around them.

When creating Facebook Mark Zuckerberg was very focused and driven, leading to frustration and loss of some of his friendships.

During this time period, people just didn’t want to deal with him. As he strove to create the network, his charming and enthusiastic characteristics took a backseat towards his goals. Zuckerberg was very impatient at getting Facebook launched and working because during that time, if he thought that if he didn’t create it fast, someone else would, leading him to stress over the potentially lost window of opportunity. As Facebook launched and become successful, he decided not to return to Harvard to finish his degree. Had Facebook failed and dropped off in popularity, Zuckerberg would have been in a tough situation after letting his goals become more important than his education.

Another example of a person who used their DIC qualities to their advantage was Walt Disney.

He started as a cartoonist and after a rough start with his companies and characters, he and his brother finally worked their way to success. He took risks and kept changing as he needed to. When a company collapsed, or a character did not work out, he regrouped and changed direction. He assured his workers, that even when he couldn’t afford to pay them, they would attain great benefits if they stuck with him. This highlighted his compliance and influence factors, knowing that he had to give his workers some reason to stick around. His dominance factor was then able to drive the way to success.

Ronald Reagan, who used the elevated DIC traits to his advantage, had great self-control and humility. He was very enthusiastic and outgoing with people, having honed his influencing skill when he was in the entertainment business as a successful leading man and actor. Reagan however also had dominant traits; exhibited by his desire to lead the union as the President of the Actor’s Guild and later as he launched his political career.

When he entered the political arena, he combined his charming influence qualities with a dominant stance on conservative values. As President of the United States, he made hard decisions and forced Russia’s hand in the Cold War, leading the way to its conclusion.