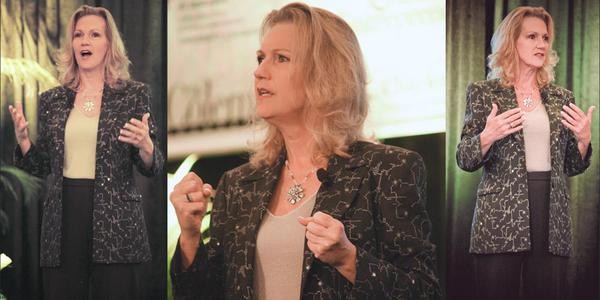 I just got off the phone with a female exec. She is questioning whether to promote one of two females to VP. She is very uncomfortable with the woman’s clothing choices (she will be client facing and highly visible in the next position). The EVP said she was concerned about the woman’s executive presence, even though she was the better candidate. I asked why in particular. She said it was too short skirts, too tight and revealing clothing, and the super high heels made the guys bet how many times she would ‘fall off them’ during a presentation. I said: Are you serious? They actually bet on this? She responded: Unfortunately, YES!

The final straw (the reason for her call to me…) occurred last week when the photos from the client Holiday Party hit the corporate website and FB. The woman chose to wear a beautiful cream colored dress. Unfortunately, the material probably was shearer than she realized. The camera’s flash penetrated it and her white bra and panties were on show in excruciating detail. The client called and apologized, saying his wife asked if they would remove any photos immediately to avoid further embarrassment to her and him. Oh my goodness!

Here’s the conundrum… I agree there is a time and place for those high heels and sheer clothing if you like them. And btw the way, I do wear them on social occasions, and so does the EVP. We both agreed there’s no reason why women can’t wear whatever they want, whenever they choose but there’s a price to pay in business. I’ll bet this woman didn’t know that people were gossiping about her in this manner. She might be mortified to hear what was being said! And guys, the same goes for you in choices of attire and grooming! I’m just talking about this one incident (female-oriented) because it just happened. I get just as many calls about men’s executive presence; or lack thereof.

Bottom line: This executive presence thing is sensitive, but it should be a mentoring moment.

Most people do equate grooming and clothing choice (looking great) with how they feel. But there is an appropriateness to attire for executives that is quite different.

Here’s the real issue. It’s about personal power and people’s perception of your center of power. It’s tough to bring off that sense of power with people placing bets on your next stumble! Just do yourself a favor and look for a moment at what super high heels actually look like in motion.

What do women look like walking in super high heels? They are slow, awkward and much less powerful than a woman who is in lower heels. She is balanced, confident and can move! I watched a woman try to keep up with a group of men moving from one building to another. She couldn’t keep up. Bottom line, she looked ridiculous. We laughed at her when she took off her shoes in an effort to keep up. She knew that morning when she got dressed that there were an office and building to building the tour, over two miles of walking in an hour, but she chose those shoes? Come on!

The decisions you make about what you wear are telling. What do the upper-level folks think? Here’s what most think: Definitely not executive material, poor decision-making skills, not what we want representing the firm with precious clients. The good news here is that I told her to show this note to the woman. I think that if she gets the message in a way that resonates because she knows that her promotion is on the table, ready and waiting, she’ll be great! Perhaps she just didn’t know! I’m glad she’ll still have the opportunity